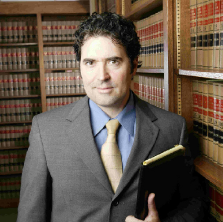 Killed on the job in Ohio | Death benefits paid to your dependents = Every week in Ohio, an employee dies in a work-related accident. Call wrongful death + workers comp lawyer Patrick Merrick, Esq

• In August 2017, Douglas Mescher, 30, of Lebanon, Ohio was killed when the load he was under slid off the forks of a forklift and crushed him. In that incident, OSHA opened an inspection with Walther Engineering in Franklin and SK Rigging Co. Inc., which was hired by Walther’s to move a machine.

• In July 2017, a worker died after a fall from a ladder at a Macy’s credit and customer services center in Mason, Ohio.

• In Dayton Ohio, in May 2017, a worker died after falling from a load being lifted into a trailer at YRC Freight.

• In April 2017, a Brown’s Tree Service & Landscaping worker in Hamilton, Ohio was killed after being struck by a front-end loader.

• In December 2017, a worker was killed in a trench collapse in Salem Twp., Warren County, Ohio

in June 2016, another man was killed in a Washington Twp. Ohio  trench accident.

Ohio wrongful death and workers compensation lawyer Patrick Merrick explains that if you die from a work-related injury or disease , Ohio Statute  4123.59 states that the following persons are presumed to be wholly dependent for their support upon a deceased employee:

(2) A child under the age of eighteen years, or twenty-five years if pursuing a full-time educational program while enrolled in an accredited educational institution and program, or over said age if physically or mentally incapacitated from earning, upon only the one parent who is contributing more than one-half of the support for such child and with whom the child is living at the time of the death of such parent, or for whose maintenance such parent was legally liable at the time of the parent's death.

The administrator may take into consideration any circumstances which, at the time of the death of the decedent, clearly indicate prospective dependency on the part of the claimant and potential support on the part of the decedent. No person shall be considered a prospective dependent unless such person is a member of the family of the deceased employee and bears to the deceased employee the relation of surviving spouse, lineal descendant, ancestor, or brother or sister.
​